Marx 200: The Significance of Marxism in the 21st Century

LAST year’s Marx 200 event in London was not just an opportunity to celebrate Karl Marx’s bicentenary.

It was also an opportunity to answer whether Marxism continues to be a living theory which allows us to understand social reality and help change the world when it is put into practice.

This book draws together some of the keynote contributions, with shadow chancellor John McDonnell posing the question whether Marxism is still relevant and an inspiration in motivating people to fight for change.

In answer, he outlines the circumstances before and after the financial crash of 2007-2008 and references Marx writing of the dangers of the massive extension of credit in Capital and he recalls how the crash led to a renewed interest in Marxism among academics, pundits and even the Financial Times.

“The Enigma code for contemporary capitalism” is how Ben Fine describes Marx’s theory of value and he goes on to explore concepts such as commodity fetishism and how capitalism conceals the way workers are exploited across economic, political and ideological relations, while Vijay Prashad discusses capitalism in the 21st century and the features of the system as it operates now. 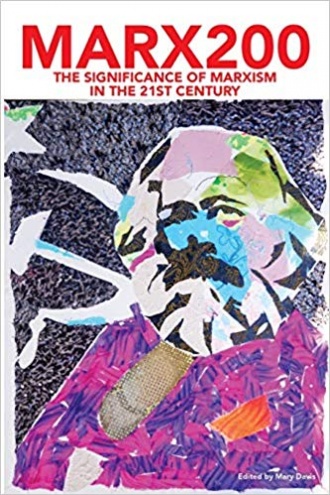 He compares this with the defeats and retreats suffered by trade union and workers' movements throughout the world and advances strategies to roll back the tide.

Further chapters serve as both an in-depth discussion and robust defence of dialectical materialism, Marx’s method of analysis.

John Foster draws on the work of Communist Party of Great Britain historians and describes how they wrote accessible histories that showed how human beings could collectively change their conditions but never did so in circumstances of their own choosing.

His chapter unpacks the Marxist understanding of the base and asserts that it should be seen “not as static but as an active dialectical process... which provides the context for understanding the flux of superstructural debate.”

The importance of women’s inequality is emphasised by Mary Davis, who makes it clear that the oppression of women is indissolubly linked to the operation and maintenance of the capitalist system.

She argues that a renewed women's movement, which rejects capitalist ideology and is broad-based part of a strengthened labour movement, is vital to ensure the possibility of overcoming women’s oppression.

And she stresses that a renewal of Marxist feminist theory must challenge the dominant ideology of identity politics, the “antithesis of class politics.”

Ted Benton gives an excellent account of the environmental themes that run through Marx’s works, noting that in Capital Marx explained the relation between modern industry and agriculture, with capitalist development driving farmers from the land and concentrating them in towns as wage labourers.

This process of changing population patterns and the development of technology “sapped the original sources of all wealth — the soil and the labourer.” Turning to the present, John O’Neil shows that the “financialisation of nature” has led to a perverse structural dependence of nature conservation on environmentally damaging projects.

Christine Lindey asks how Marxist artists can put their beliefs and expertise at the service of the working-class struggle while working “within a hostile, dominant aesthetic” and describes how Marxists have historically managed to create socially useful art in accessible styles.

Technology expert Alan F Blackwell provides a succinct and readily understandable analysis of artificial intelligence, in a partial history of computer technology and its possible implications on workers as automation increases.

That theme of exploitation is present in Ursula Huws’s discussion of “the onward march of commodification” and how the use of technology to intensify the exploitation of workers is reminiscent of the very early days of capitalism.

Marxism is “the only potent force for changing the real world,” Communist Party of India (Marxist) general secretary Sitaram Yechury asserts in his overview of capitalism — a fitting conclusion to what’s an essential read for anyone eager to translate revolutionary theory into practice.